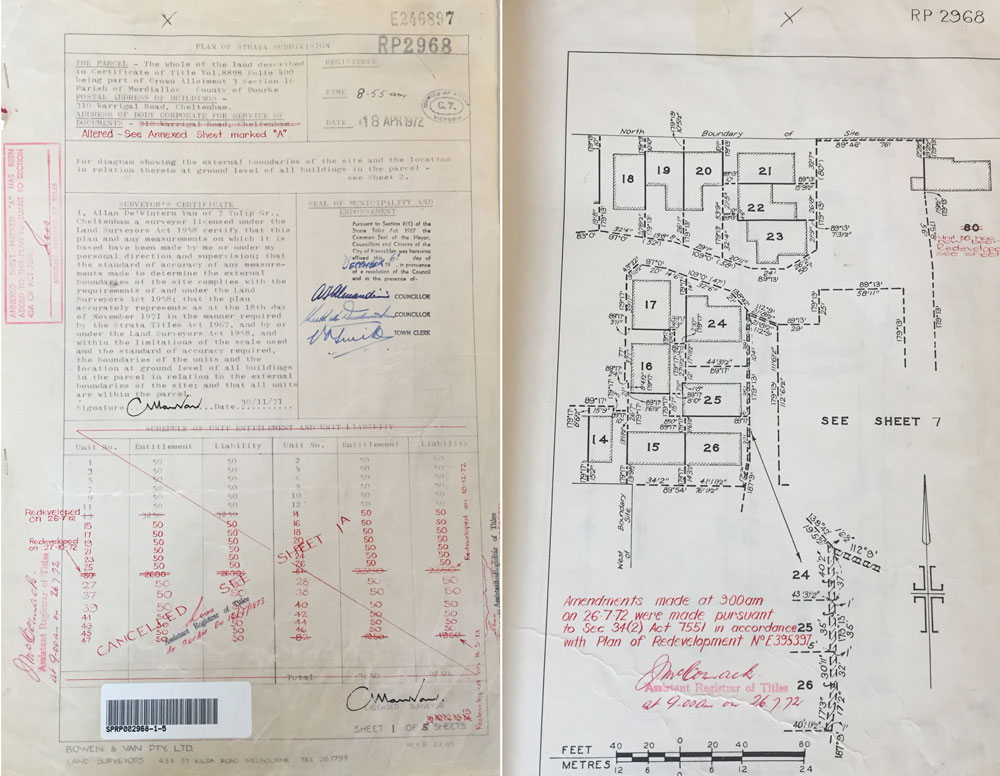 Prior to the introduction of the Subdivision Act 1988, building subdivision in Victoria was governed by the Strata Titles Act 1967. Plans registered under STA1967 bear the prefix RP (Registered Plan) or SP (Strata Plan).

Key elements for Interpreting Plans under the STA1967:

For further inquiries relating to the interpretation of STA1967 plans, please contact our office.